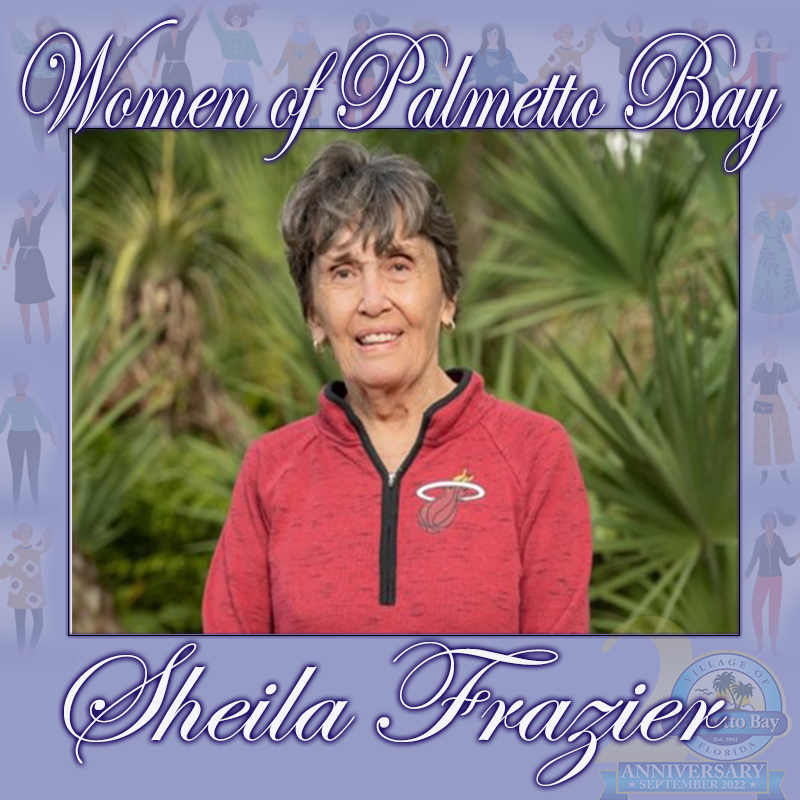 Sheila Frazier was raised by a military father who was assigned to the Homestead Air Force Base when she was 16 years old. She attended South Dade Senior High School, which predates Miami Palmetto Senior High School. After graduation, Sheila moved to Canada and attended college there. Having married a military man, she continued to travel. Two of her three children were born at MacDill Air Force Base in Tampa, while her youngest child was born in California.

It was the Village that heard her voice advocating for this project. Former manager Ed Silva contributed funding for more pine trees and to fulfill the dream, the Parks Department has worked diligently to satisfy the requirements needed for a true pine rockland ecosystem.

Sheila volunteers as a shuttle driver/docent at Fairchild Tropical Botanic Garden and works with butterflies in the Wings of the Tropics. She also serves on the Village Parks and Community Outreach Committee. On her regular walks to Palmetto Bay Park, she makes sure to check the pine rockland to make sure the trees are happy.