Green is the New Black

Have You Heard?  Green is the New Black!

Yes, indeed!  Green is the new black but we’re not talking about apparel, we’re talking about energy efficiency! Palmetto Bay has led the way in green initiatives, building the first countywide LEED-certified park building at Coral Reef Park, followed by the very first statewide Platinum LEED-certified Village Hall! Palmetto Bay seeks to become a model community for energy savings and environmental conservation. The Municipal Center is a testament to this goal.

The 25,000 square foot Municipal Building known today as Village Hall houses the Village’s to house the administrative departments, the Policing Unit, and the Council Chambers where up to 98 members of the public may gather and participate in the Village’s public meetings. Additionally, our facility features an Emergency Operations Center where officials may direct post-disaster operations. The building is a LEED Platinum certified building by the USGBC which is the highest recognition available for green building design and construction. The Palmetto Bay Municipal Center is the first government building in Florida to obtain this certification and was also a recipient of the 2011 Award of Excellence in the Pavers category presented by the National Concrete Masonry Association.

The project design features flat roof panels where possible to accommodate 120V of solar power captured by a spread of Photovoltaic panels. A total of $13,090 or 21,305 CO2 was saved in a 3- month period from April through July 2012 through the use of the panels. Twelve inverters capture and translate this information into an energy monitoring program for easy viewing and retrieval. The hardscape is comprised of permeable pavers that cover all hard surfaces. The unique design allows rainwater to be filtered through and collected into one of two cisterns. There are no drainage points throughout the site. All water is collected in the paver underlayment; two underground cisterns were built onsite. A 40,000 gallon cistern collects enough water to irrigate the entire site. A smaller 20,000 gallon cistern collects water for flushing all toilets and urinals which employ a dual flushing mechanism. In addition to the water collected through the pavers, water condensation from the air conditioning system is also captured and collected in the cisterns. LED fixtures were used for both interior and exterior lighting. Exterior LED lighting features a multicolored RGB design. All landscape lighting is also LED. Interior lighting is 95% LED and all systems are connected to individual motion sensors that automatically shut off the lights when no one is detected in the area.

Some of the other energy-saving features of the facility include:

Palmetto Bay is not stopping there! We are working toward becoming a certified green city by the Florida Green Building Coalition. Certified “green” cities provide incentives and ordinances to foster green practices through educational activities whose goals are to improve the environment. The Village is at the tail end of the process, we are currently waiting to submit the application; using our past green achievements as the starting line, we are off to a great start and expect to be green in no time!

Some of the buildings green features include: 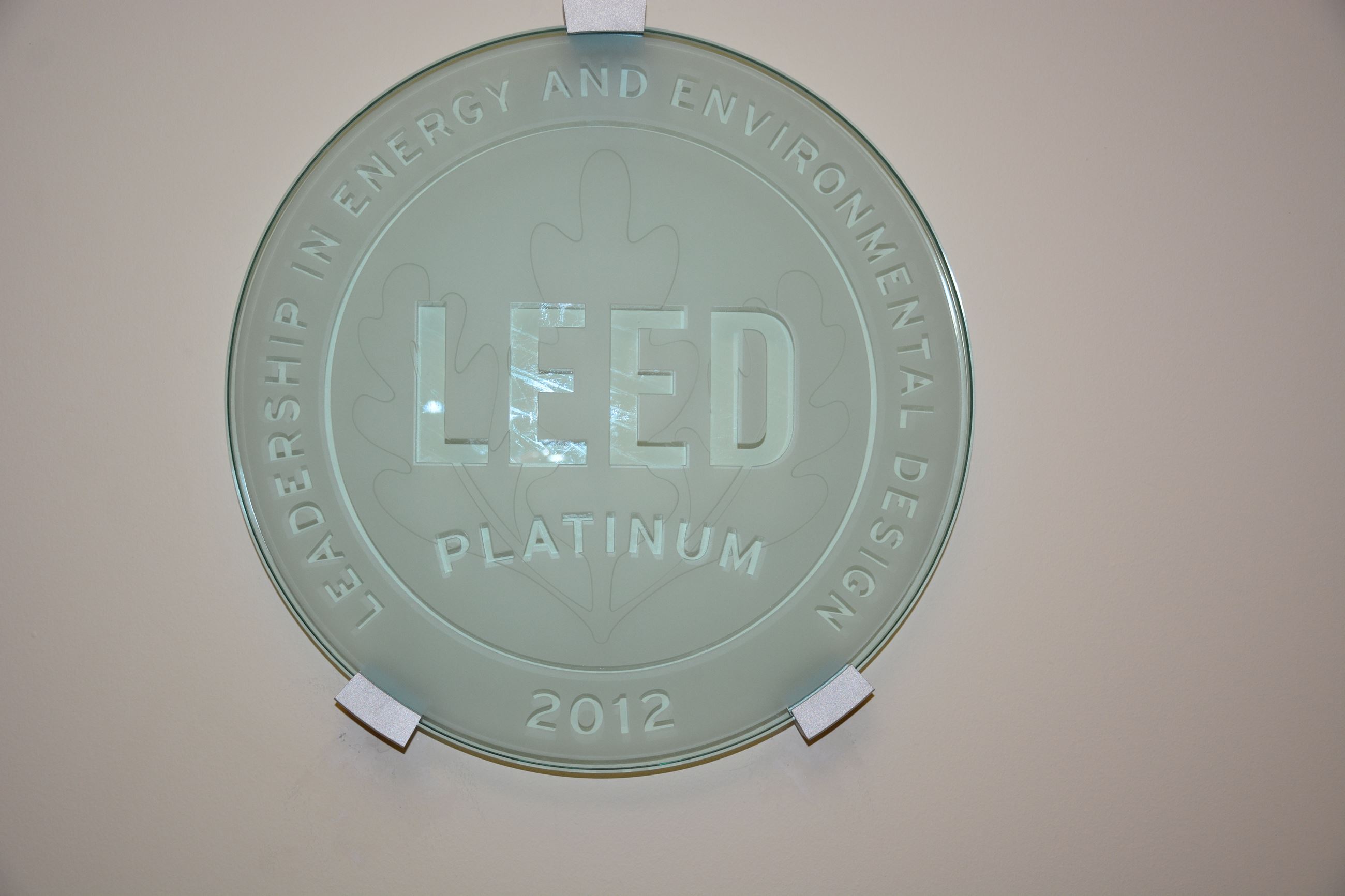 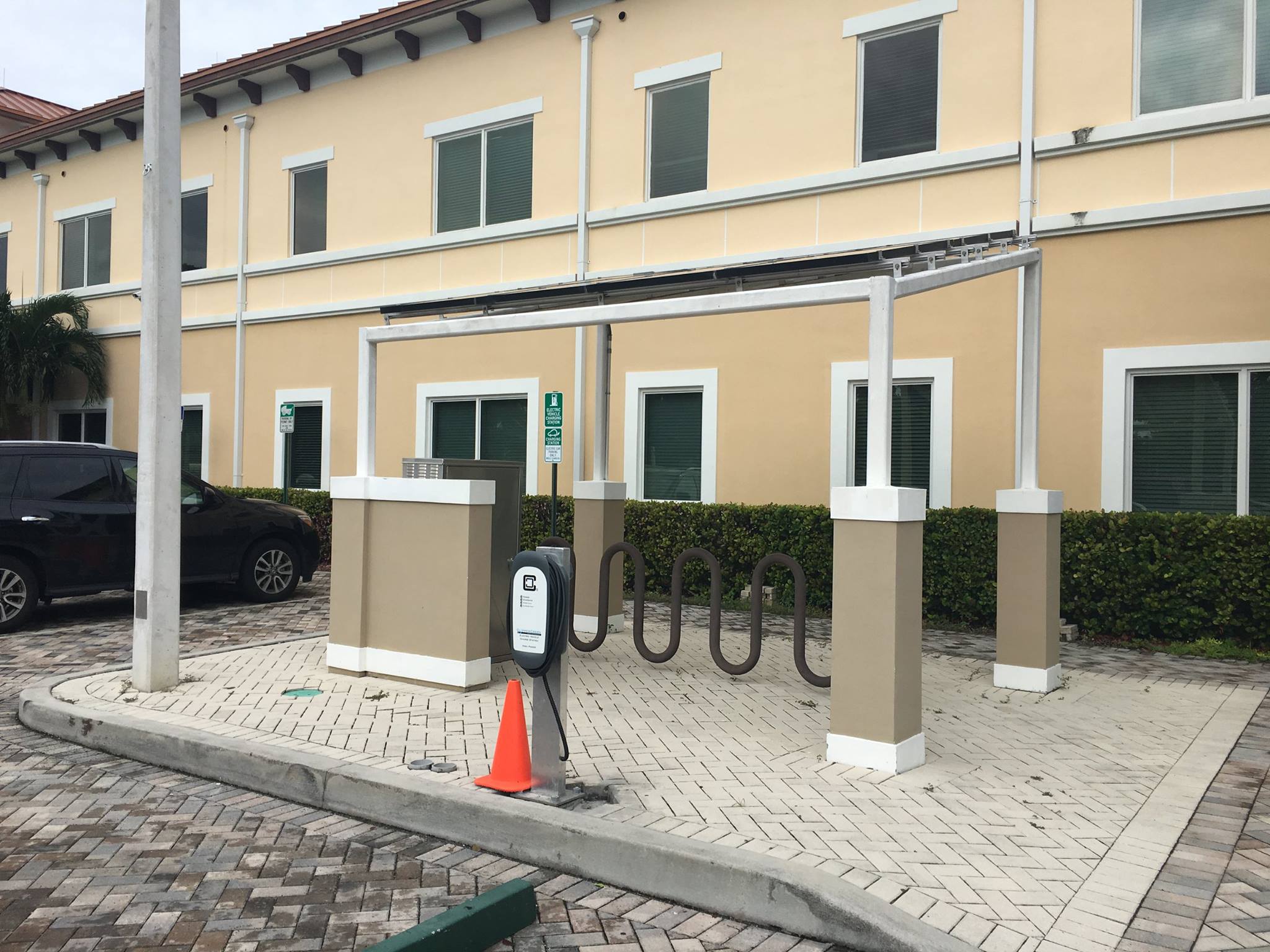